Hot hatches; it’s a term that we are all familiar with. As a nation we hold a torch for these here’s small performance cars, they hold nostalgia and a spot in many people’s hearts. Many have lusted after the likes of a Lamborghini or a Ferrari, but these feisty little hatchbacks gave people an attainable dream car from as early as the 1970s.

When did Hot Hatches First Come About?

The term hot hatch was not technically used to describe these high-performance hatchbacks until the mid-80s when it was used by The Times and became the widely accepted noun for these vehicles.

The Volkswagen Golf is often incorrectly credited as the first hot hatch, but this isn’t entirely true. Hot hatchbacks, albeit without the name had been around since the 70s, according to Wikipedia, the 1973 Simca 1100 Ti was the first high-performance hatchback on the market, followed by the Renault 5 Alpine or Gordini, depending on where you are from, in 1976. These cars would retrospectively be called a hot hatch, but of course, the term was derived after their inception. The Golf GTI hit the market two months after the Renault and instilled the nations love in these spunky little hatchbacks.

While these vehicles are still a popular choice today the 80s and early 90s were the heyday of these vehicles popularity, we take a look at our top 5 hot hatches below. 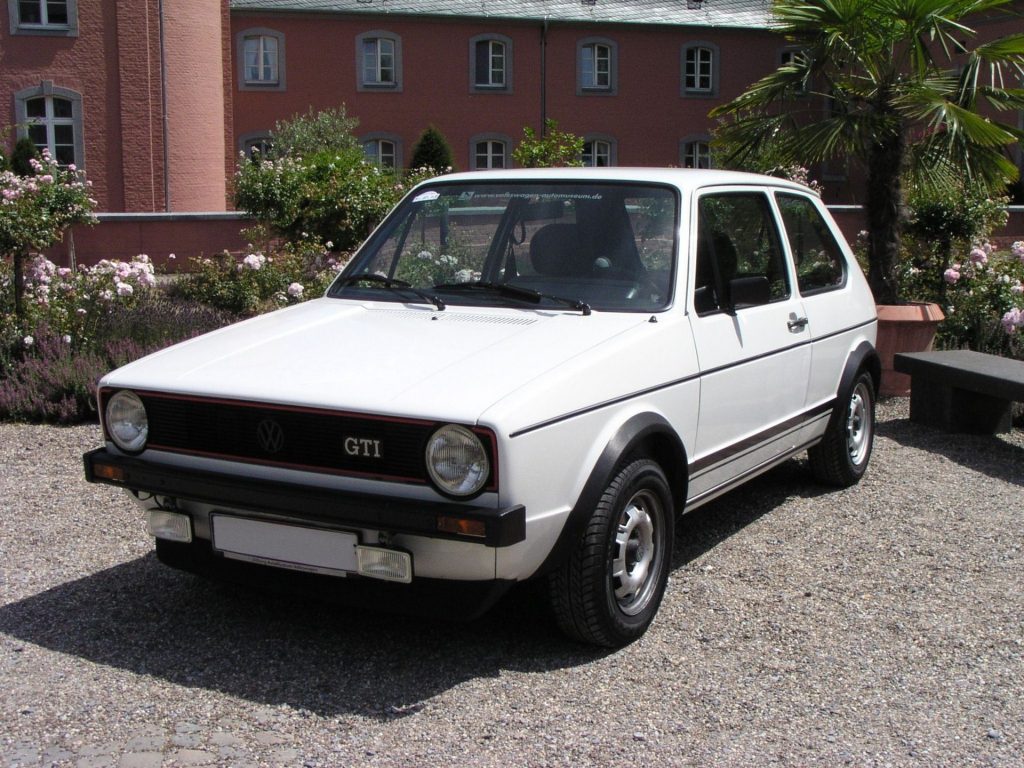 Of course, the Golf GTI is synonymous with the term hot hatch and for many, is the pinnacle of hot hatch perfection. Announced at the 1975 Frankfurt motor show, this plucky little car was only ever supposed to be released to the West German market. VW saw the opportunity after a successful launch and in 1977 they began exporting some left-hand drive models. It wasn’t until 1979 that they began production and export of right-hand-drive models. The Mark I was in production until 1983 when the Mark II took its place as a more mature and refined replacement, both are brilliant cars which are truly fun to drive and captured the attention of many speed junkies, holding a place in their hearts forevermore. 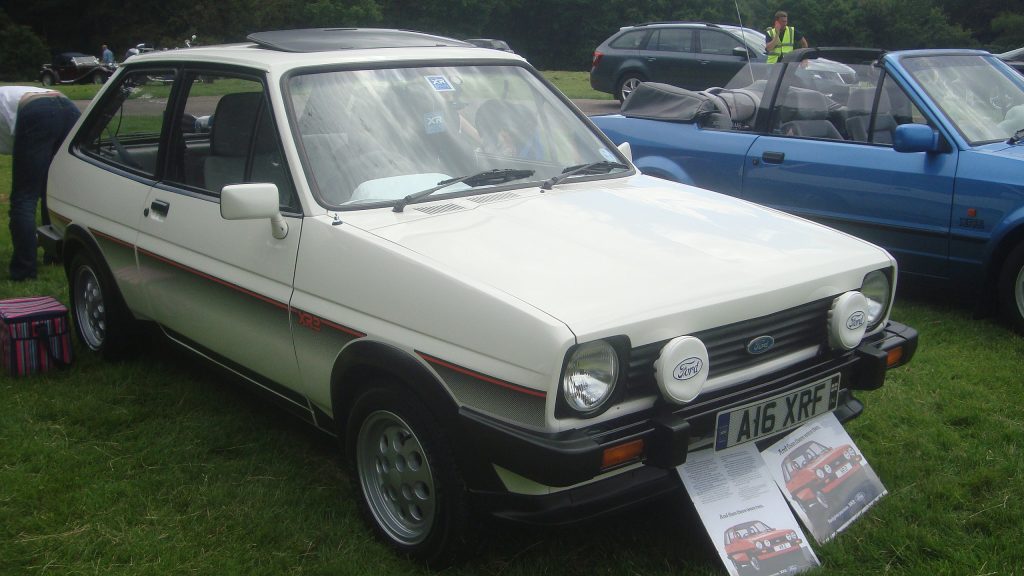 Introduced in 1981 this was Ford’s entry to the hot hatch market, four years after the original Fiesta had gone into production, they released the XR2 after testing the water with a softer supersport version the previous year. The Mark I Fiesta XR2 actually only had a very short production run before the Mark II was released in 1984. This fast Ford went on to become an iconic cult car for boy racers of the 80s. Both the Mark I and Mark II are desirable classics today, but the Mark I being rarer means that its younger brother, the Mark II is the face synonymous with the XR2 badge. 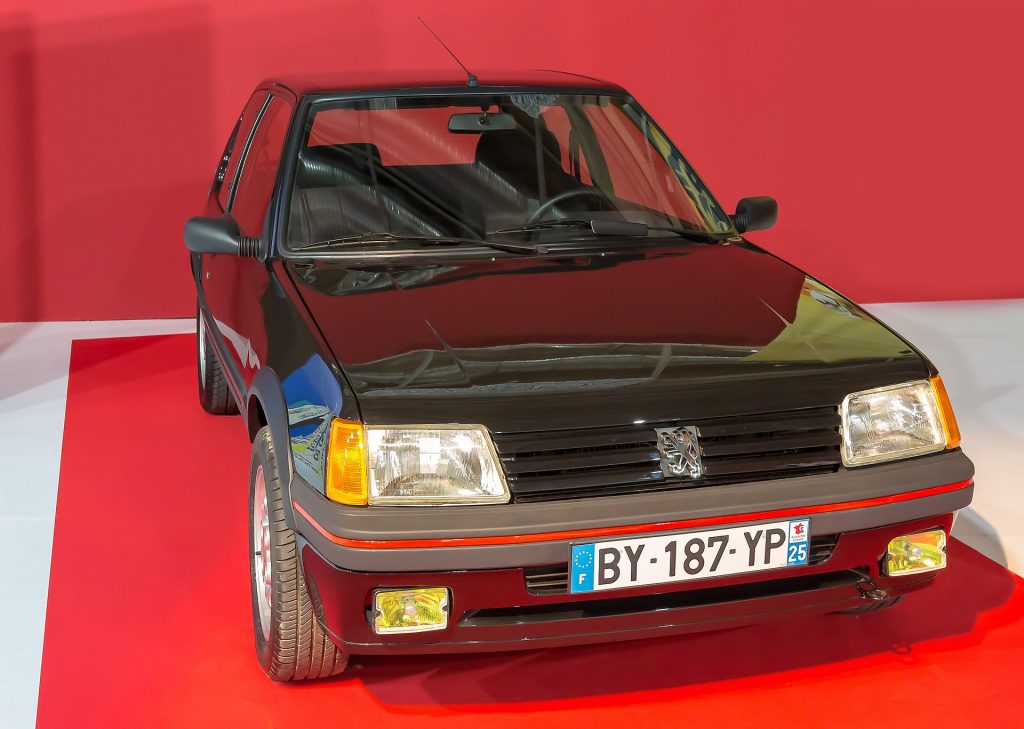 Peugeot’s entry to the hot hatch market came in 1985 when they launched the 205 GTI, affectionately referred to as a pug 205 GTI, this fast and feisty hatchback went down a storm. It was also released as a convertible variant named the CTI giving people something a little different. Alongside the Golf GTI, the Peugeot 205 GTI is considered one of the greatest hot hatches of all time and still has a loyal fanbase today, over thirty years later. In 1986 Peugeot offered an even faster version of the GTI with a 1.9 litre engine, both engine options are desirable and collectable today.

As one of the early pioneers of fast hatchbacks, Renault, of course, had to make an appearance on this list. While the Gordini (Alpine) is the earliest version, we will be focussing on the well known and loved Renault 5 Turbo for our list. Launched in 1980 as a response to the Lancia Stratos and it’s rallying prowess, the Renault 5 Turbo featured a mid-mounted engine and a modified body. The original Renault 5 Turbo, however, was short-lived and was replaced by a T2, which saw it lose some if its light-alloy components and the stunning interior which were replaced with more affordable alternatives. The T2 had most of the same performance levels but had a lower price point which made it more affordable and attainable.

While far less iconic than the other cars to grace this list, the Vauxhall Astra GTE is still a worthy entry. Introduced in 1983 the Mark I in white was the first car in the UK to feature body-coloured bumpers. Again, the first variant was short-lived and the Mark I was replaced with the Mark II GTE in 1984. The Astra GTE didn’t perform as well as competitors in its first guise, Vauxhall tried to remedy this by replacing the 1.8-litre engine for a 2-litre unit. In 1988 however, Vauxhall cleverly fitted the Astra GTE with their twin-cam C20XE engine which is affectionately known as the redtop, this increased performance and caused a stir in the motoring world.

All of the above manufacturers continue to produce hot hatches, but it is only the Golf name which lives on, with newer models of the others all badged as something else today. The Renault 5 was replaced with the Clio, The Fiesta now sports an ST badge, the Vauxhalls have Vxr and the Peugeot is now onto model number 209.

Which hot hatch deserves the crown in your opinion?